The poster for the first part of The Hunger Games: Mockingjay is here and it is EPIC! The emblem of the mockingjay with it’s wings spread out was first seen at the ending of Catching Fire, as Katniss closed her eyes and the screen faded to black … throwing fans into an oblivion and an endless wait for the next installment of the hit series. The sequel is currently being filmed back-to-back with Part 2, the final installment of the franchise. Part 1 is out this November 21 and Part 2 is out November 20, 2015. Check out the COOL poster below – 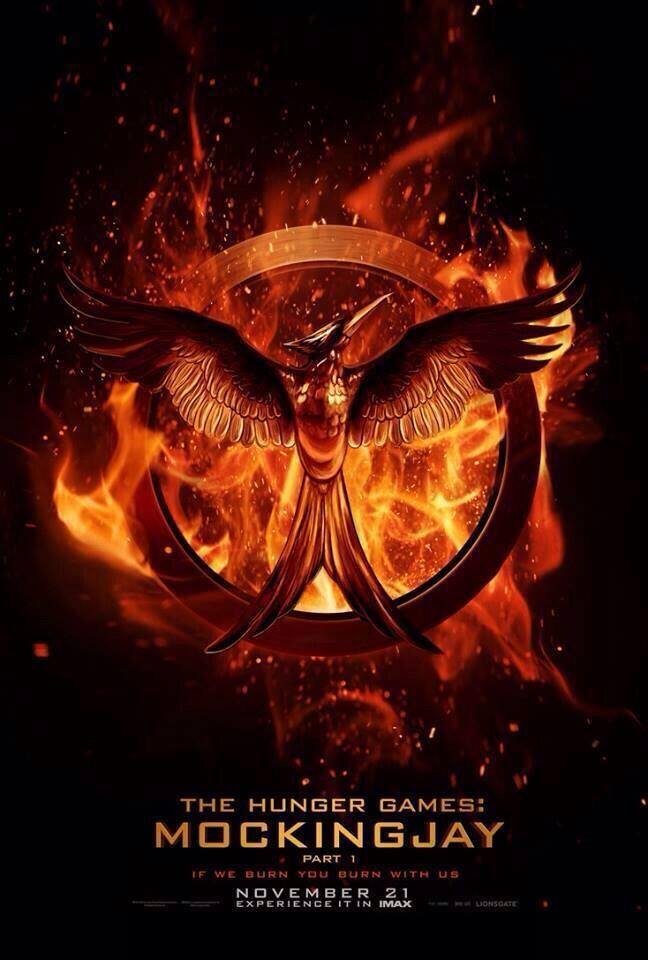 How excited are you for Mockingjay?

The World is “Catching Fire”!

The final trailer for next month’s upcoming film, Catching Fire, released last night and it sure adds to the final piece of the puzzle, featuring scenes from the arena, including the fog, the mutts, the jabberjays and a defiant Katniss releasing her arrow into the force field! Check out the trailer below!

So lets dive right into the trailer and spot the familiar scenes!

The arena for the 75th Hunger Games – tick, tock!

The locket that Peeta gives to Katniss inside the arena!

Oh, now what are you up to, Capitol hovercraft?

Cinna’s beautiful dress for Katniss transforms her into the Mockingjay!

One of the first adversaries in the arena – that wretched FOG!

These scary monkey muttations are no friend to any tribute!

Katniss slams into the glass wall trying to escape the jabberjays’ screams, as Peeta reassures her (with Johanna in the background)

A remarkable thing about this (and other) Catching Fire trailers is that we can recognise so many scenes from the book. The first film, The Hunger Games, was also very faithful to the book and that could be attributed to the fact that author Suzanne Collins co-wrote the screenplay. For Catching Fire, however, the screenplay was co-written by Simon Beaufoy and Michael Arndt with Suzanne Collins receiving writing credits only for the book and even then, the upcoming film seems to be very faithful to its corresponding book. One can only hope that future “YA novel adapting”  screenwriters, directors and producers take note that a lot of the success of The Hunger Games film series lies in its faithful adaptation from its books!

The film releases on November 22 and advance tickets are on sale now!

How excited are you for Catching Fire?