Demons, Zombies, Superheroes and a Queen!

The fall television season is well under way and this week brings back some GREAT shows as well as a couple of promising new ones!

The Winchester brothers return along with fallen angel Castiel and redeemed (?) demon Crowley! With Sam falling ill after the trials, Dean must not only race against time to save him, he must also deal with the whole new angel problem! Check out these awesome promo posters below! 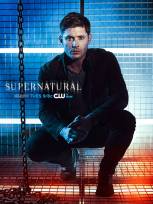 Don’t forget that The Originals will premiere it’s second episode before Supernatural in its regular Tuesday night time slot!!

After the events of the last season finale, Oliver Queen must deal with the passing of his best friend, battle new villains, and may be teach a trick or two to Roy, who is so eagerly wanting to track down the vigilante! Tune in to catch the gang in Starling City! Check out the hotties making an appearance this season! 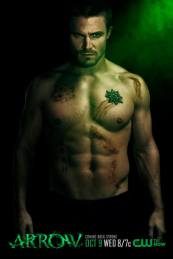 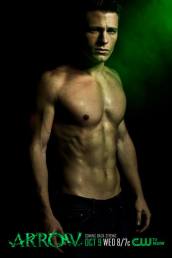 Starring Stephen “Arrow” Amell’s brother, the series follows a group of young people who possess powers as the result of human evolution. Also starring Mark Pelligrino (LOST), Luke Mitchell and Peyton List amongst others, the show is definitely a must watch! 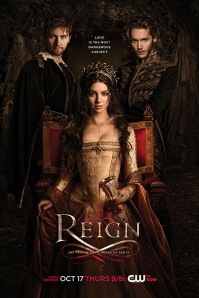 Premiering after the second episode of The Vampire Diaries is Reign starring Adelaide Kane (Teen Wolf) as Mary Queen of Scots. The series follows the Queen as she arrives in court in France and the pilot was filmed in Ireland. Definitely something to watch, given the two cutie male leads!

Returning for Season number 4 after some dramatic turn of events at the end of last season, the first episode, titled “30 Days Without An Accident” suggests things are about to go wrong! Catch the gang as they battle hungry zombies and battle crazy humans aka The Governor! After an excellent third season, I’m beyond pumped for this Sunday!

Which shows are you excited for?

You can watch these interviews live tonight on MTV’s stream no matter where you are in the world – just click below –
http://www.mtv.com/videos/misc/932897/mtvs-san-diego-comic-con-live.jhtml#id=1709970

This entry was posted in Geek Out and tagged Arrow, Comic-Con, Marvel, Once Upon A Time, SDCC, Supernatural, The Seventh Son, The Vampire Diaries.